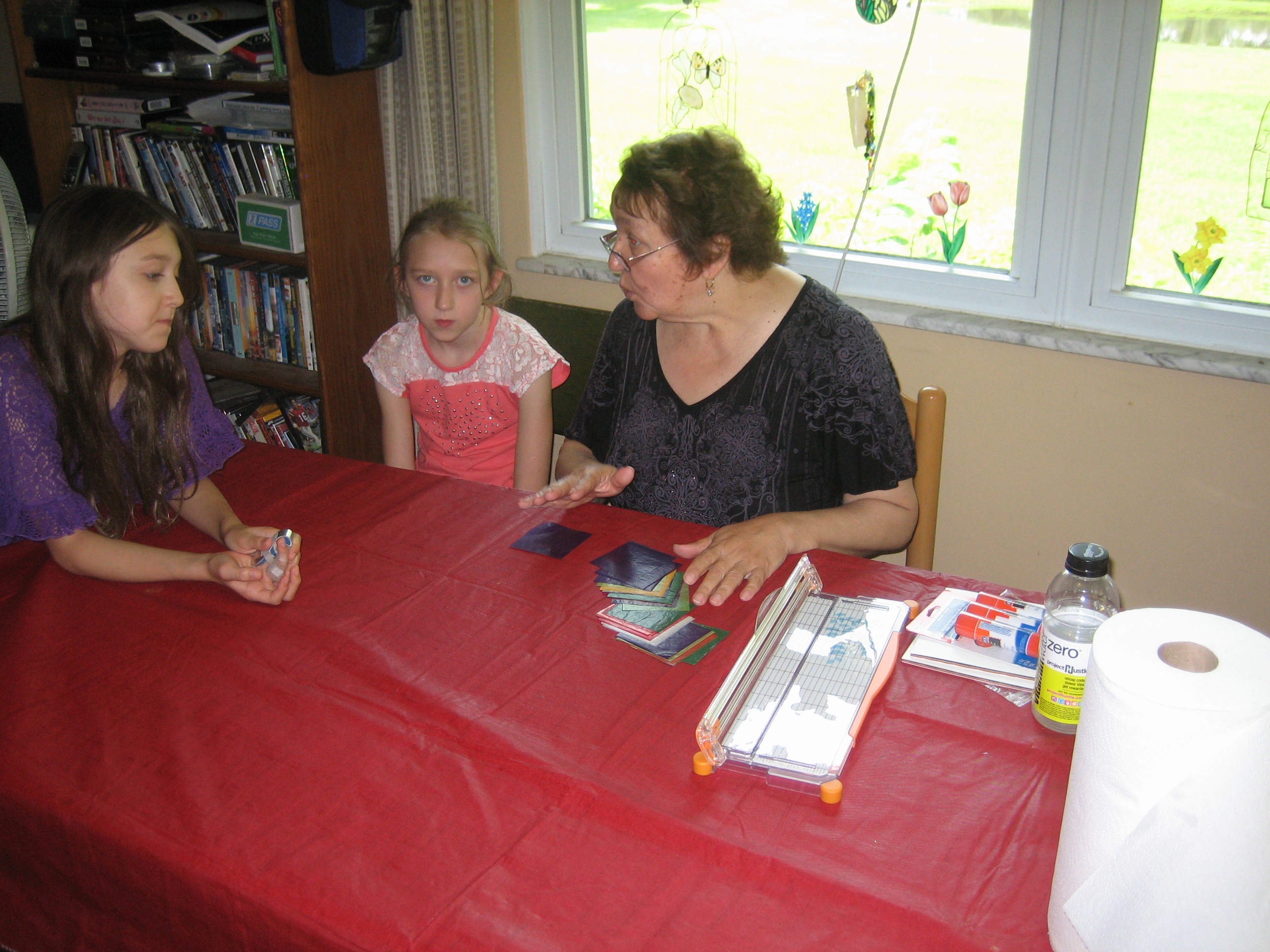 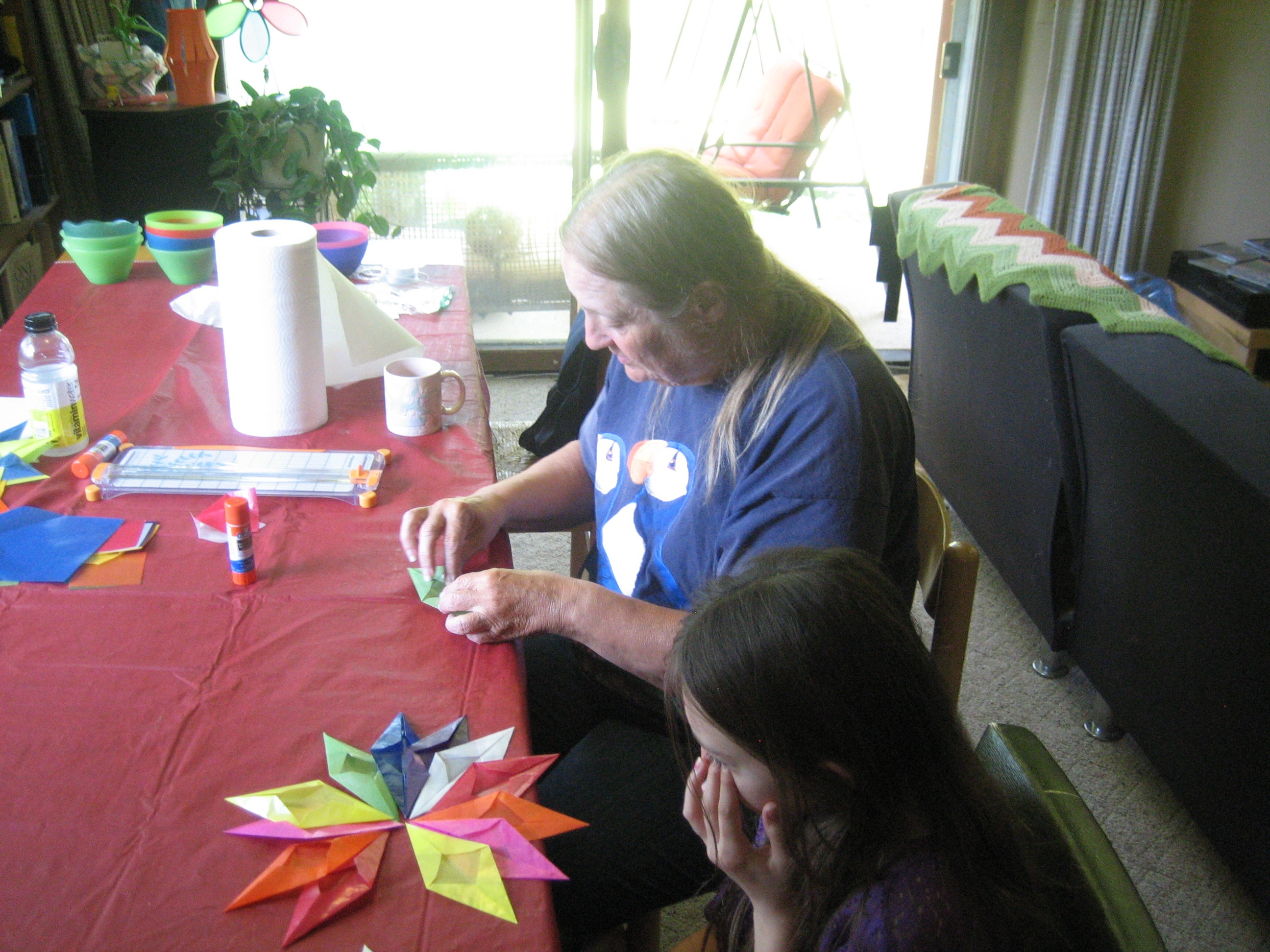 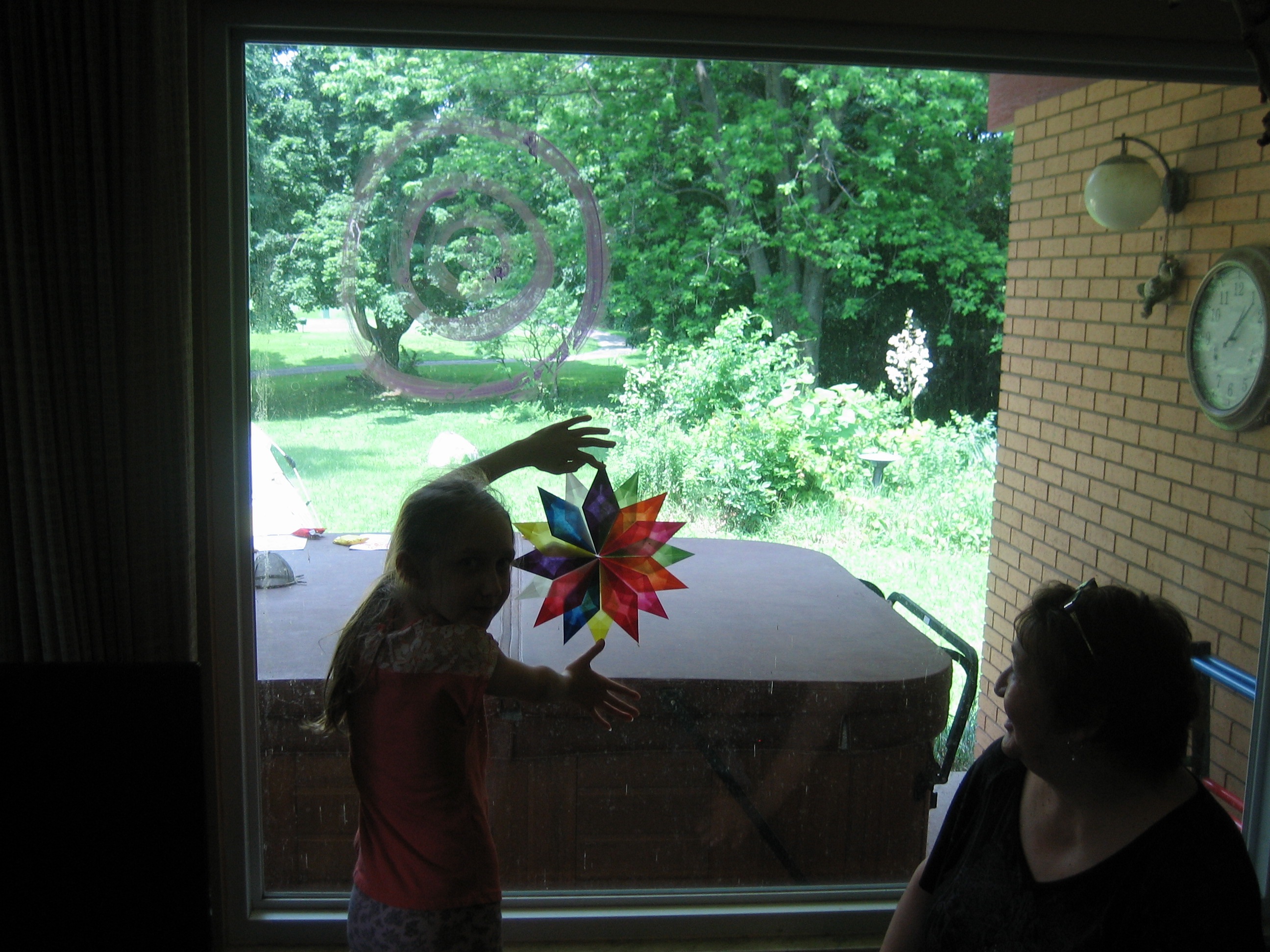 Overview of the Activity

When shown an example of the radiant light catcher stars the girls were very excited about their beauty and how they allowed for the diffusion of the light and the various colors.

The construction of the smaller eight pointed light catcher went well with some help. The sixteen pointed light catcher was rather overwhelming for the girls. They were very excited about selecting the colors for the catchers, but tired very easily when folding and assembling the larger ones. They very much wanted to include them in the baskets for the service project, but enthusiasm for the construction of the catchers was minimal. (E1)

When the girls attached the light catchers to the gift service basket, they were very pleased with the way they looked and were happy that we had finished the project. (E2)

Fold the square in half

Fold the halves in half

You will need 8 squares of the same size to make the smaller light catcher. They may all be the same in color or any color combination will work.

Fold each of the smaller squares diagonally in one direction only.

Then fold one vertex point into the diagonal fold line and crease it to form a point.

Next take the opposite vertex point and fold it into the same fold line and crease it to form a point. See example.

Glue each of the 8 folded pieces together. Do this by placing the unfolded point of one square on the unfolded point of a second piece and aligning the edge of one to the creased line of the one beneath it with the vertex points touching. Continue gluing the pieces together until they are all connected. The last piece should connect to the outside edge of the beginning piece.

Fold each of the 6.25 inch square in half lengthwise.

Cut in half forming two rectangles.

Next crease the rectangles in half lengthwise.

Fold two of the adjacent vertices into the folded crease and crease the edges.

Fold these two sections into the folded crease again meeting at the fold. Crease the double folded edges crisply.

Turn the rectangle and do the same procedure using the other two adjacent vertices. The double fold will overlap the beginning double fold slightly. When assembling the light catcher it is important that the overlap should be toward the center of the light catcher with the vertices touching.

Fold all 16 rectangles in the same manner as described above.